Walking on the wild side in Costa Rica — Mariellen Ward

Costa Rica is a nature lover’s dream destination. During a two-week trip, writer Mariellen Ward hiked in a remote national park, around an active volcano, in a biological reserve, and through a cloud forest.

I’m walking on the wild side in Costa Rica’s most remote and unspoiled national park. The jungle trail is a bit slippery with moisture from the surrounding rainforest, and it’s surprisingly dark. Sunlight filters through the thick canopy, creating dappled splotches on the verdant forest floor. Yet somehow our guide sees Costa Rica’s most dangerous venomous snake, the fer-de-lance, coiled up beside the path asleep. He says the snake is digesting and therefore not dangerous at that moment, much to our relief.
We continue walking to a waterfall and take our hiking boots off to splash among the slippery, black rocks. I’m in Corcovado National Park, the most biologically intense place on earth in terms of biodiversity, according to National Geographic. It comprises 13 major ecosystems, including mangrove swamps, a highland cloud forest, and the last old growth rainforest on the Pacific coast of Central America. Corcovado is also home to some of Costa Rica’s endangered species such as jaguars, three-toed sloths, Baird’s tapirs, and red-backed squirrel monkeys.
As we reach the end of our hike, on the beach, we see scarlet macaws swooping among the palm trees, their massive red plumage a feast for the eyes. A boat picks us up to take us back to our tiny resort, far from the reach of roads and electricity. The boat stops as close to the beach as possible and we jump out. There isn’t even a wharf. 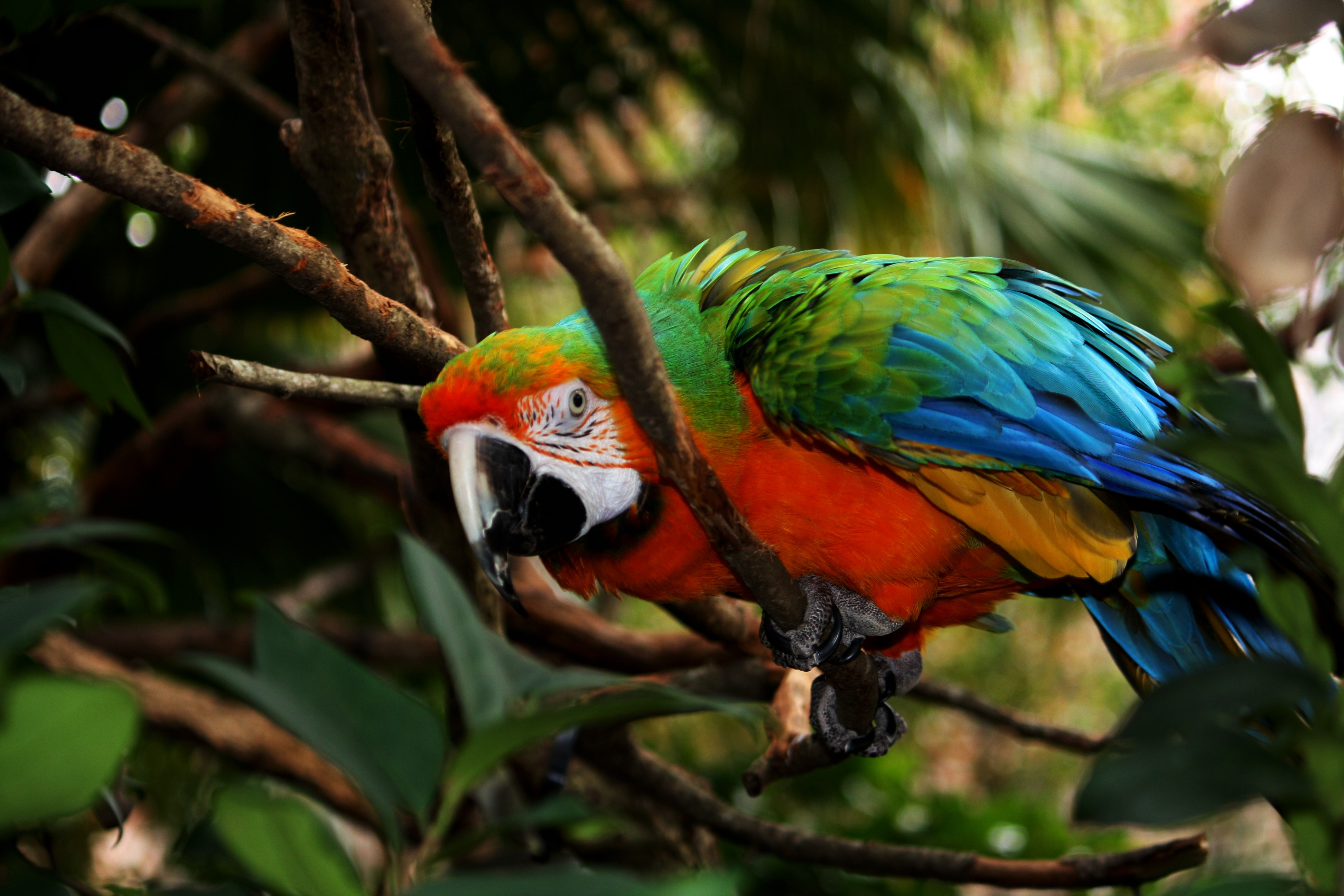 The next day, again in a boat, we travel 20 kilometers across the ocean to Isle de Caño Biological Reserve. Mysterious Isle de Caño is a protected island with artifacts dating to pre-Colombian times – though all the indigenous graves were long ago plundered by pirates for the gold objects they once contained. We hike up to the highest point for a commanding view of the hilly island and the turquoise sea that surrounds it, filled with coral reefs and an enormous number of marine animals. On the way to the beach to go snorkeling, we see lizards, known as Jesus Christ lizards, skimming across the surface of a river, as if they are walking on water.
After snorkeling among a myriad of colourful fish, we head back across the water to our resort in Bahía Drake. We see flying fish and a school of dolphins, and I catch a yellowfin tuna. The tuna is served for dinner as sashimi and I feel I am having the best day of my life.
After a few days in the Osa Peninsula, we travel back to what seems like civilization, to the capital San Jose, to begin exploring the central and northern parts of the country. Our first stop is Arenal Volcano National Park, within a few hours’ drive of San Jose. The volcano last erupted in 1968, killing dozens of people and spewing a black streak of lava down one side. The volcano is still active, but carefully monitored, and there’s lots of geothermal activity resulting in natural hot springs and even a hot water river.
Hiking up the side of the volcano, our guide spots a green pit viper hidden among the trees, as well as many spectacular butterflies, including the huge blue morpho butterfly. Eventually, we come out onto the hardened, black lava fields and have to be careful because of jagged rocks. The volcano itself is shrouded in clouds, giving the scene a kind of primeval, Jurassic Park look and feel. 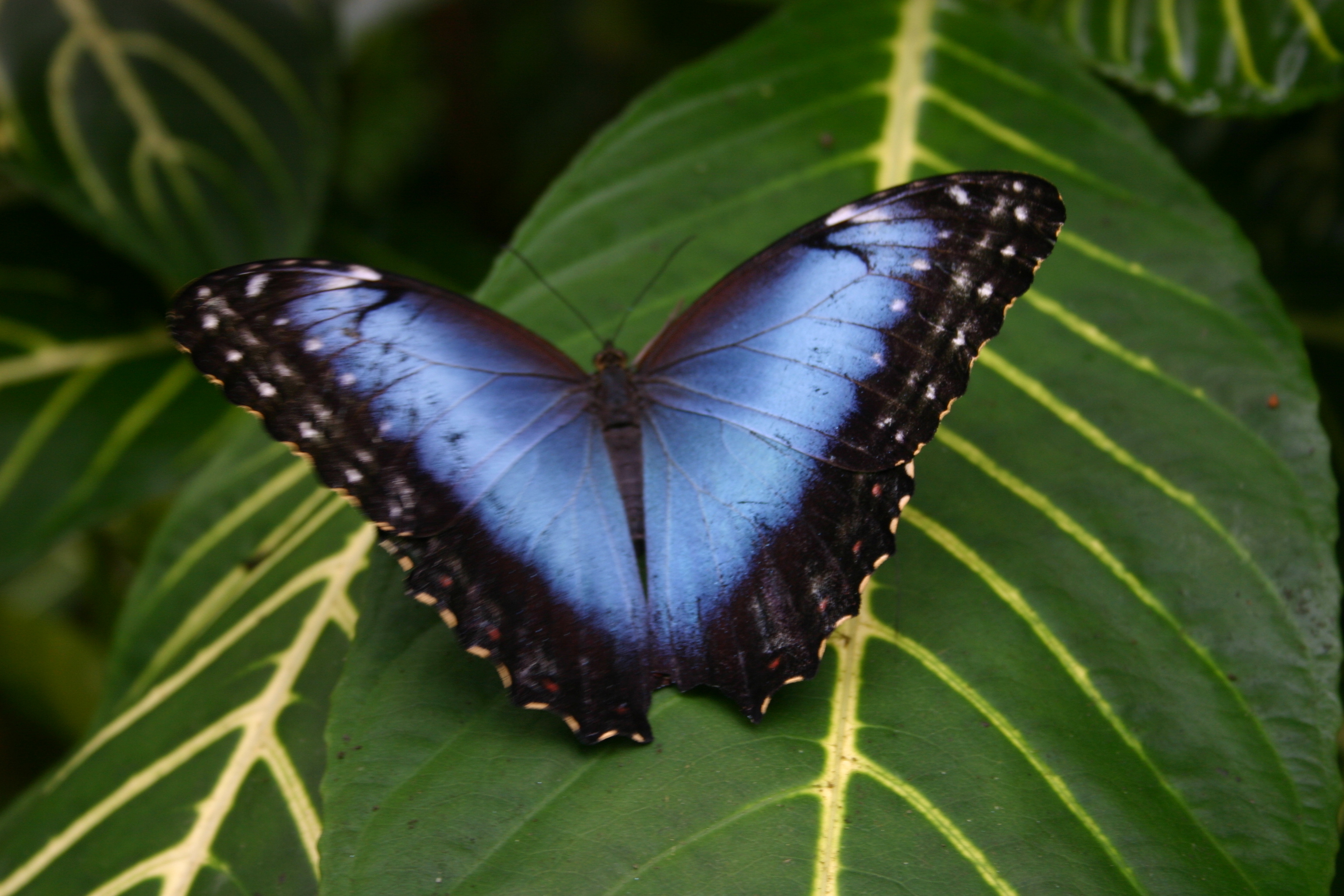 Finally, our last stop of this trip is to hike the Monteverde Cloud Forest, an ethereal place shrouded in mists. More than 13 kilometers of trails wind through this unique ecosystem. We see a very large stick insect, completely camouflaged among the tree branches, clouds of hummingbirds, and a few of the many species of glorious orchids that grow abundantly in Costa Rica.
On my last morning in Costa Rica, I open my eyes and see the trees outside are filled with white-headed capuchin monkeys. They are playing in the trees, swinging from branch to branch, and calling loudly to each other, which they often do at dawn. I feel I am in a natural paradise surrounded by the sights, sounds, and smells of the dense tropical rainforest. My trip was a great introduction to the natural beauty of Costa Rica, which the Central American country has gone to great lengths to protect. And seeing those monkeys is a magical way to end a trip to paradise.