Sun-baked and cheery, each building is painted brightly, and every road looks like a rainbow in Valparaiso By Tim Johnson

Walking up and down the hilly streets, the late-afternoon light fading, my shoes slip on the cobblestones and my calves burn, just a bit. I feel like I’m chasing the ghost of Pablo Neruda. The Nobel Prize laureate once lived a furtive life here, bundled away in the basement of a friend, hiding from the authorities. That tale contrasts with what I see around me – sun-baked and cheery, each building is painted brightly, and every road looks like a rainbow. Valparaiso is a city with a long history. Its labyrinth of lanes tells stories from almost five centuries, which echo from the top of the ridge and slide all the way down, along these colourful streets, to the ocean.
This UNESCO World Heritage site city, perched at the base of the Andean foothills, is about two hours northwest of Santiago. Arriving by car from Santiago, my day begins in Valparaiso’s neighbouring city, Viña del Mar. Rounding a corner, skirting the coast, a long line of white high-rise resorts perched along a broad beach swing into view. It could be Miami or Tel Aviv. “Everything here is new,” my guide says from behind the wheel, his arm out the window, gesturing beside us, and then ahead. “This is a dynamic city, a young city. You will really notice the difference.”
We hadn’t made plans to swim, but still, I want to feel the water. I stride onto the seaside in my running shoes, walking stiffly to keep the sand out; meanwhile, beautiful Chileans in bikinis and board shorts are baking all around me. Few brave the waves, save for a few surfers, and soon I feel why. Despite the sun and heat, the water is a bit too refreshing for most. Back in the car, we swing by a few of the city’s best-known buildings, including the art deco-style casino and surrounding, lush gardens, and Wulff Castle, a fairy tale house built right at the edge of the crashing waves, complete with tower and turrets. 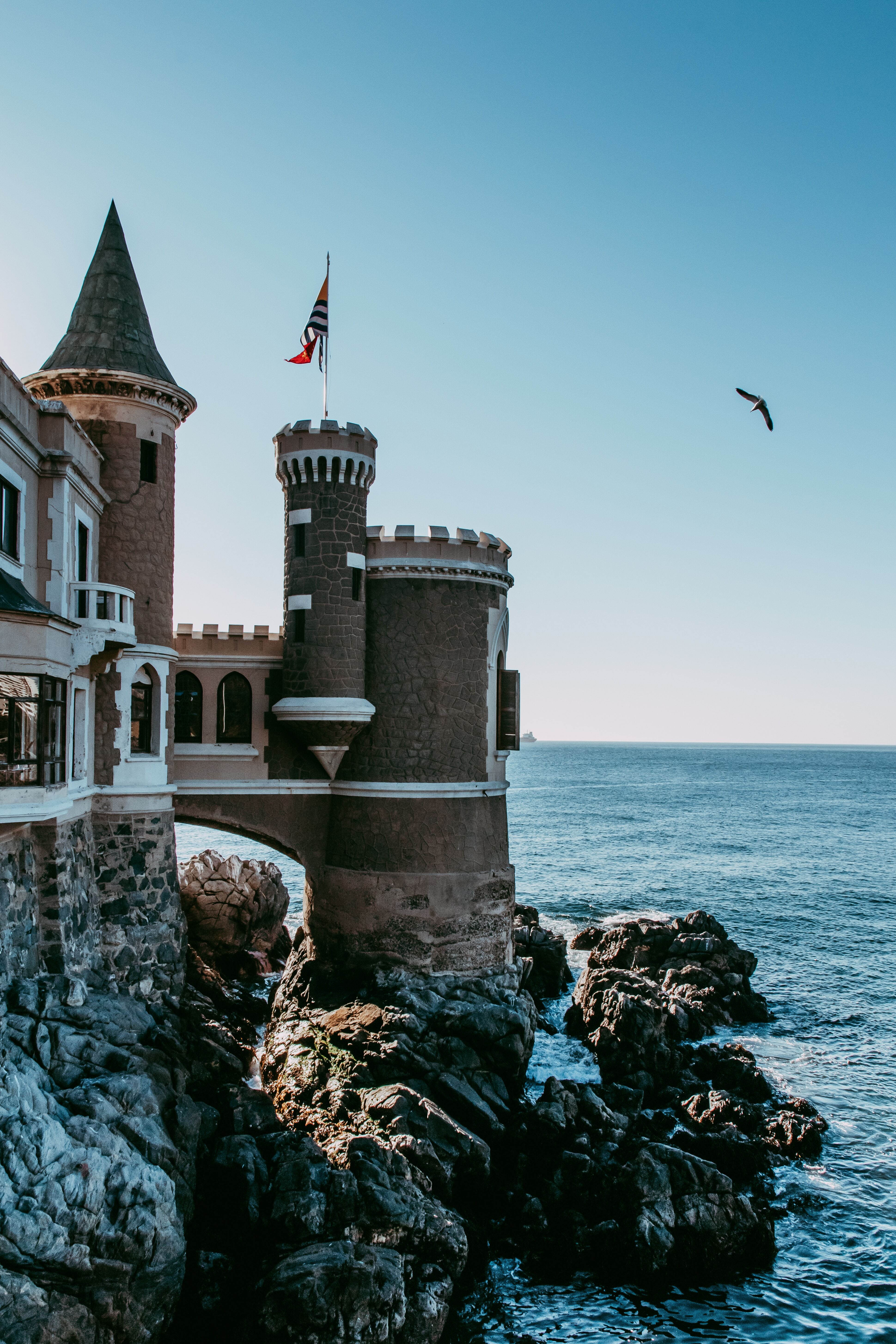 photo credit: Caio Henrique - Unsplash
A few minutes later, we’re in Valparaiso. First stop: Neruda’s home, La Sebastiana Museum House. Sitting on a hilltop – a place that “seemed to float in the air,” he once wrote – the slim, five-storey building has huge windows that take in sweeping views of the colourful hills and the zigzag coast. Eccentric, a communist, a passionate poet – the guide inside tells me a bit about Neruda’s life and how he was once spirited away, from that basement and across the Argentinian border, because of his politics. He later returned to his beloved Chile, eventually reading a poem to a stadium packed with 70,000 spectators.
And, as Neruda must have known, Valparaiso is a place built for wandering. After settling into my boutique hotel, housed in a former mansion tucked away on a back lane, I spend the rest of my time on those cobblestones, shopping in Mercado El Cardonal, a century-old covered market whose fresh fruit and veggies spill out the sides to smaller stands. Finally, I feast on fresh salmon, clams, and shrimp, all of it pulled from the Pacific, right there at the end of the street. Downing a big plate of food, impossibly happy, Neruda’s words about this city ring true in my ears – “Valparaiso, what nonsense you are, what a crazy, insane port,” he wrote, “Life has always surprised you.”
top photo credit: GRAPHICALBRAIN - pixabay

#LookUpTogether During Dark Sky Week and at the World’s L...