16 Places to Visit in the Netherlands That Aren't Amsterdam

Netherlands · About Sightseeing
Amsterdam is probably the first stop on anyone's trip to the Netherlands—and for good reason. But there is so much more to this small country (about one-third the size of Pennsylvania) than its capital city. Think rows of windmills, fields of tulips, and cities bursting with culture and charm. Luckily for you, it's all just a short drive or train ride away from that main city hub. Here's a list to get you started.

Many people flock to Delft for its eponymous blue pottery but don't overlook the unspoiled town's Renaissance architecture and Vermeer Centre museum (the Dutch painter, famous for such works as Girl with a Pearl Earring and The Milkmaid, was born and died here). 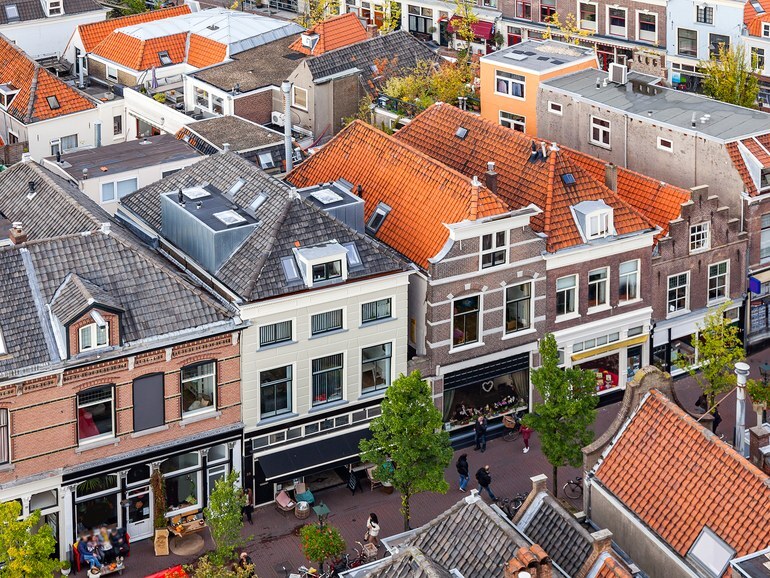 Often dubbed 'little Amsterdam,' Haarlem has all the appeal of the capital city with none of the crowds. Make a point to visit Jopenkerk, a brewery housed in a converted fourteenth-century cathedral. 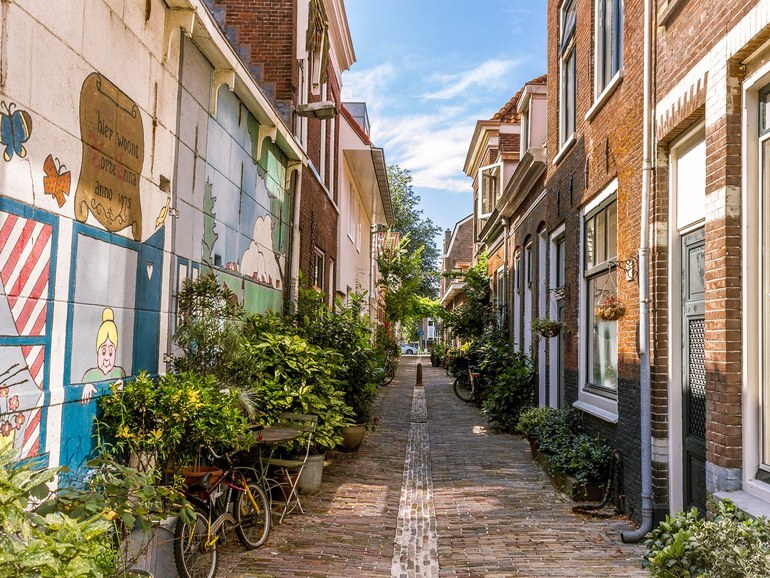 The village of Kinderdijk is probably what comes to mind when you imagine a bucolic Dutch countryside—in other words, lots of windmills. The 19 monumental mills were built in the early eighteenth century to prevent flooding and keep soil dry, and the mill network has been a UNESCO World Heritage site since 1997. 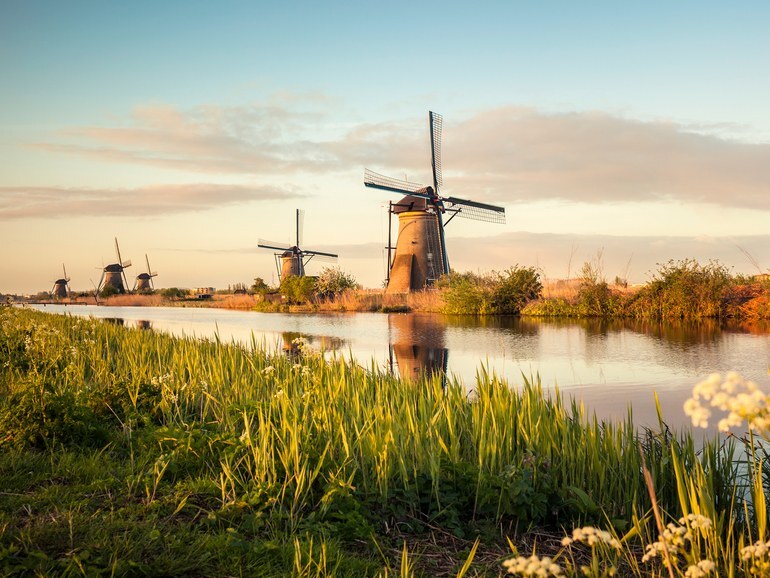 Beloved by photographers and available to rent on Airbnb, the Piet Blom-designed cube houses are reason enough to visit the country's second-largest city. But so are the bars and restaurants, soaring Erasmus Bridge, and LED-lit Market Hall. 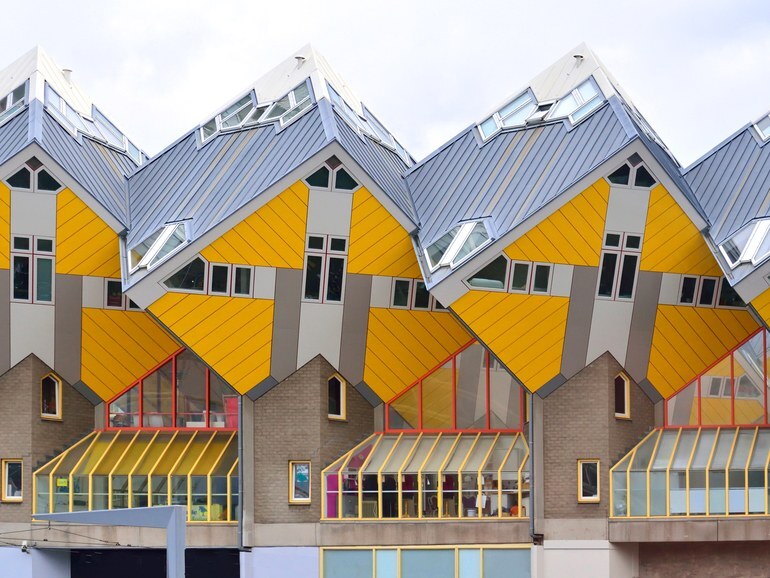 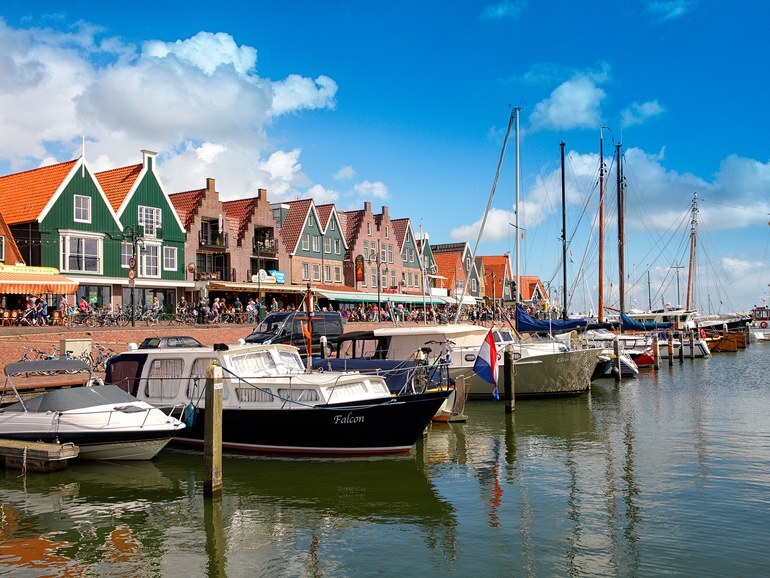 Located in the province of Limburg (near the Belgian border), Thorn is postcard-pretty with cobblestone roads and white-washed brick buildings. Its can't-miss attraction is the tenth-century abbey church in the town center. 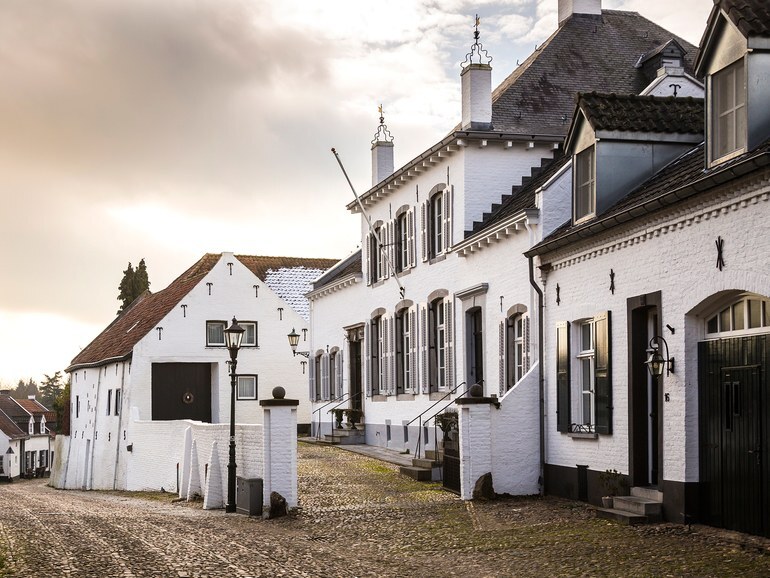 If you're looking for a snapshot of Dutch history, head to Zaanse Schans: Here, in this collection of windmills and houses, the eighteenth and nineteenth centuries are brought to life. Don't miss the cheese factory. 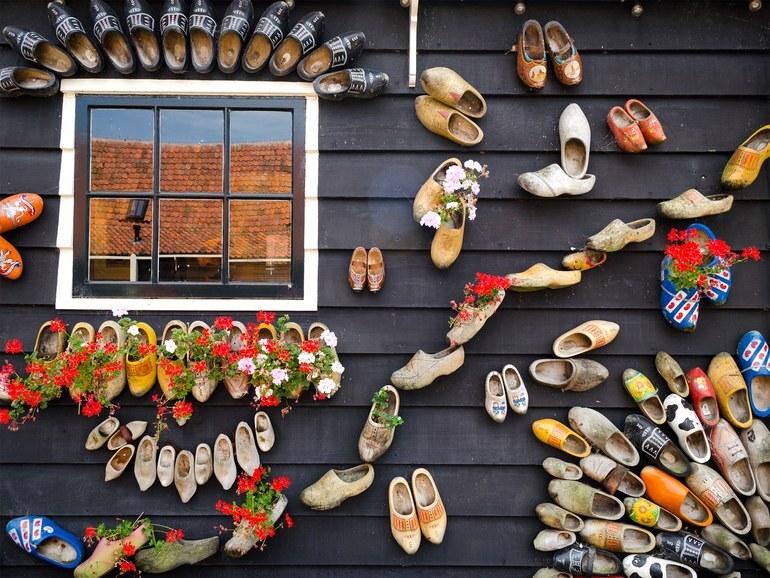 This coastal wetland—a UNESCO World Heritage site, and the 'largest unbroken system of intertidal sand and mud flats in the world'—is home to a number of animal species including the harbor seal, grey seal, and harbor porpoise. There are some 50 islands here; the Netherlands 'owns' five of them. 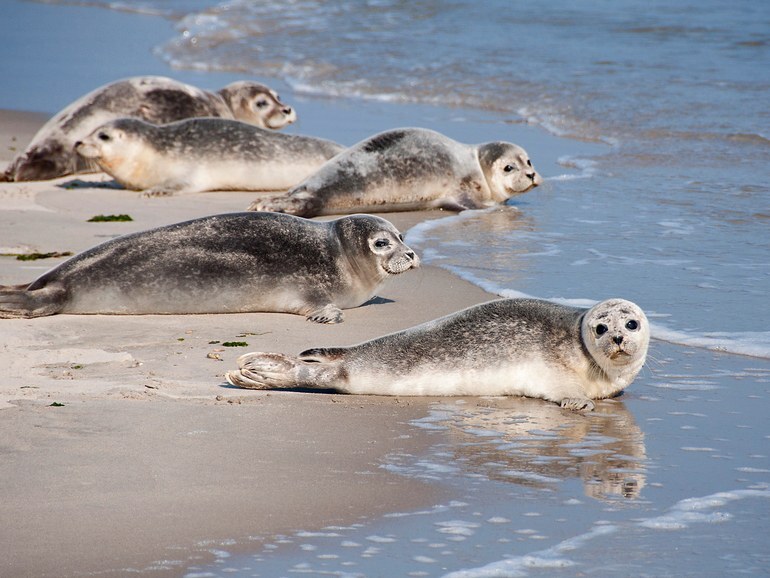 Amsterdam may be the capital, but the Dutch parliament meets in this stunning city on the North Sea. Within its Gothic Inner Court lie some of the country's best museums, including an homage to M. C. Escher and the Mauritshuis (which houses Girl with the Pearl Earring). 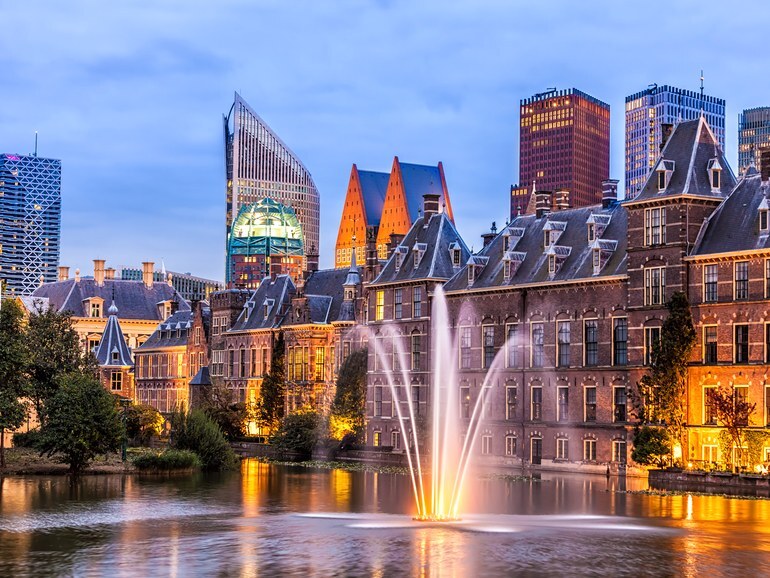 Texel is the largest and most populated of the West Frisian Islands, also known as the Wadden Islands, due to their location in the Wadden Sea. The island offers landscapes unlike anything else on the mainland, including sweeping sand dunes, salt marshes filled with lavender, and beaches lined with bungalows. 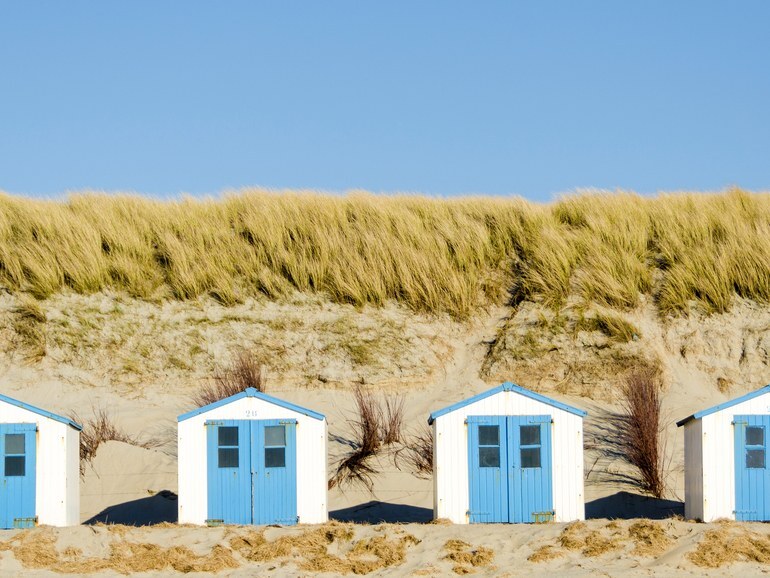 Alkmaar has many intriguing museums and lots of medieval architecture worth checking out, but most travelers flock here for one reason: cheese. The town is known for its traditional cheese market, which takes place on Friday mornings from April to early September. 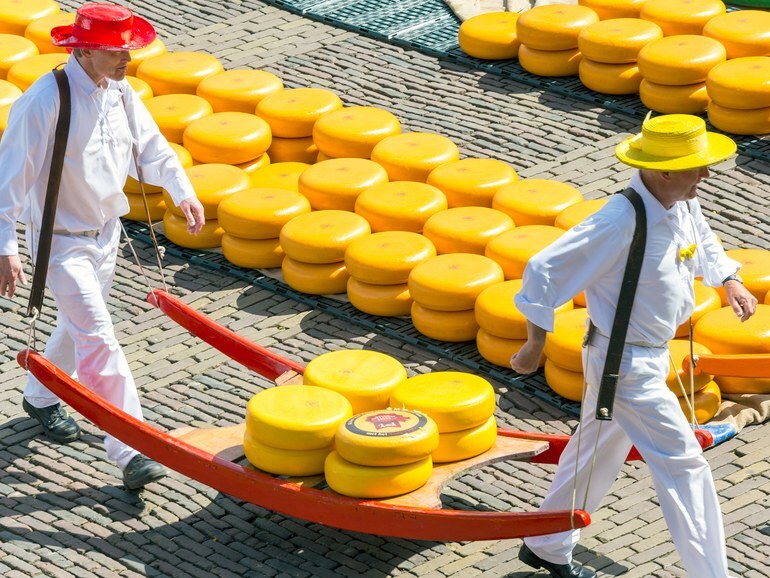 You can't visit Holland and not expect to see some technicolor tulips. There are many places around the country to view the beautiful flowers, but the Keukenhof Gardens (open from March to May) and sprawling fields around the town of Lisse are a sure thing. 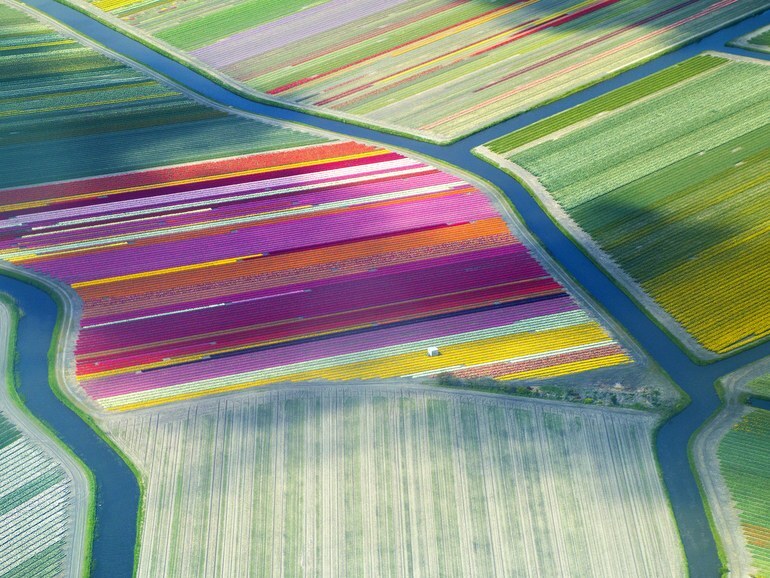 Affectionately referred to as the 'Venice of the Netherlands,' this village's thatched roof farmhouses and wooden arch bridges can be explored via bike lanes or canals—either by boat or by ice skating during the frozen winter months. 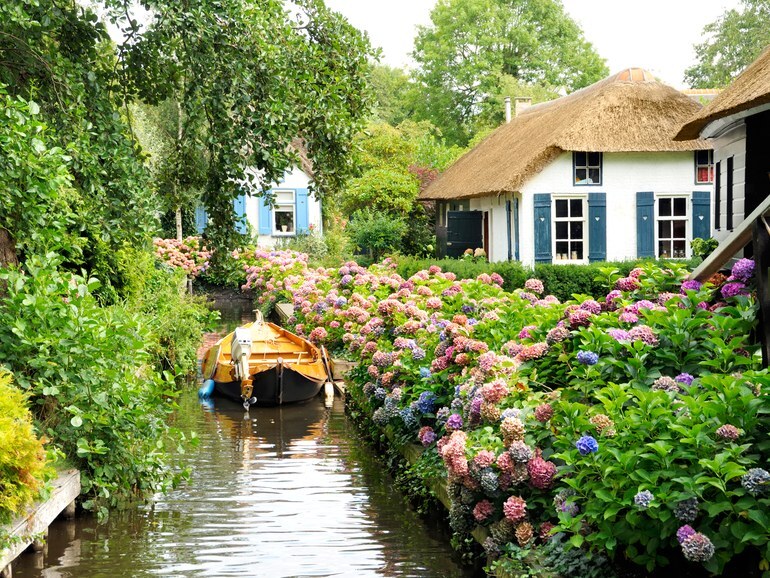 This park is one of the largest in Holland, and within its 13,343 acres, counts rare wildlife, some of the most iconic buildings in the Netherlands, and the Kröller-Müller museum, which showcases a collection of nineteenth and twentieth century art in addition to the largest private collection of Van Goghs. Zoom around on a (free) white bike—the park has 1,800 available for rent. 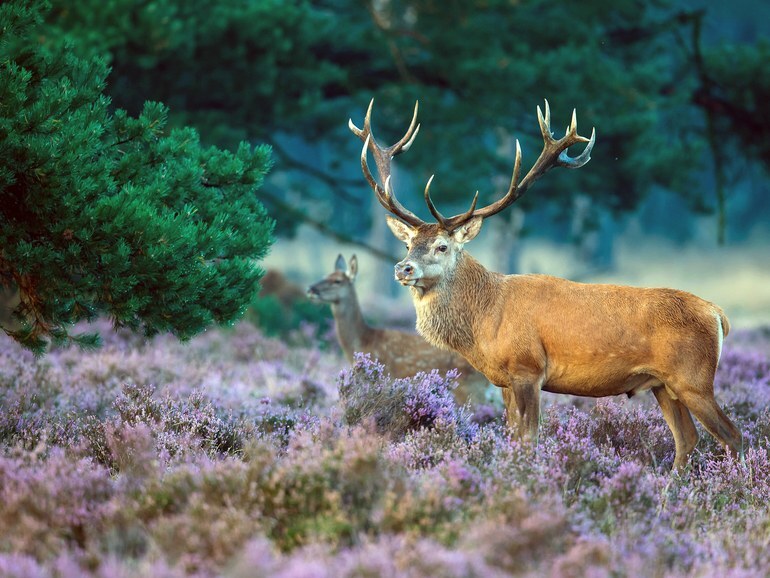 The canals of Utrecht have two stories, where centuries-old wharf cellars now serve as spots to enjoy food and drinks at water level—something unique to this city. You can also enjoy the towering churches and cozy cafes of Utrecht via cycling, as it's one of the most bike-friendly cities in the world. 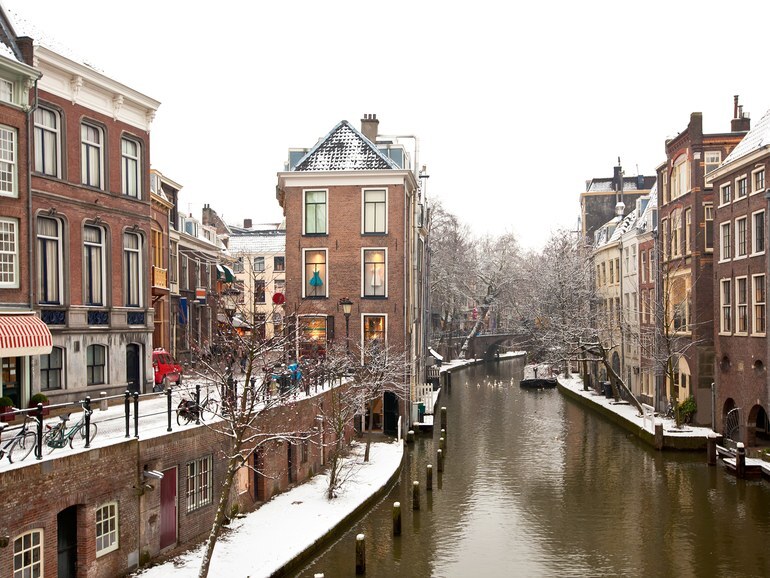 If you like technology and design, head here. Don't miss the Van Abbemuseum (modern and contemporary art), Strijp-S (a creative and cultural center housed in an industrial park), and the Inkijkmuseum (a micro museum located in a former washhouse). Looks can be deceiving: Cutting-edge Eindhoven is one of the oldest cities in Holland. 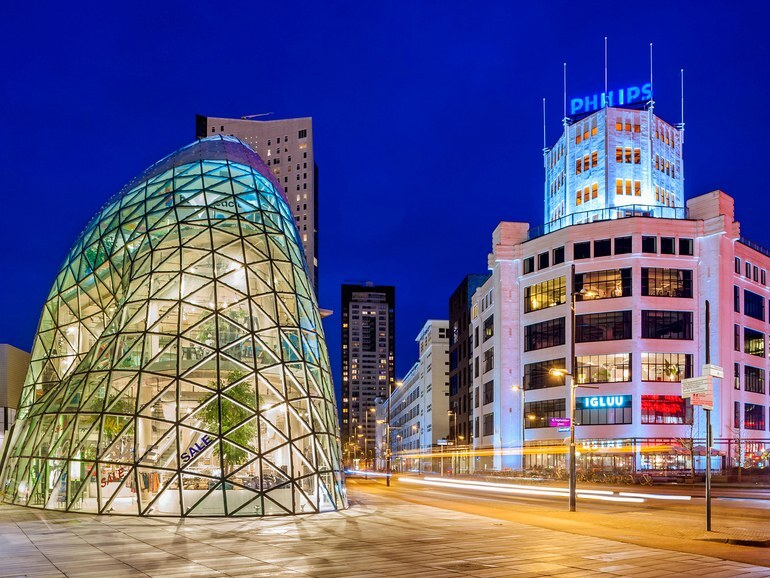 Where's the Coolest Place to do Yoga in Vancouver?